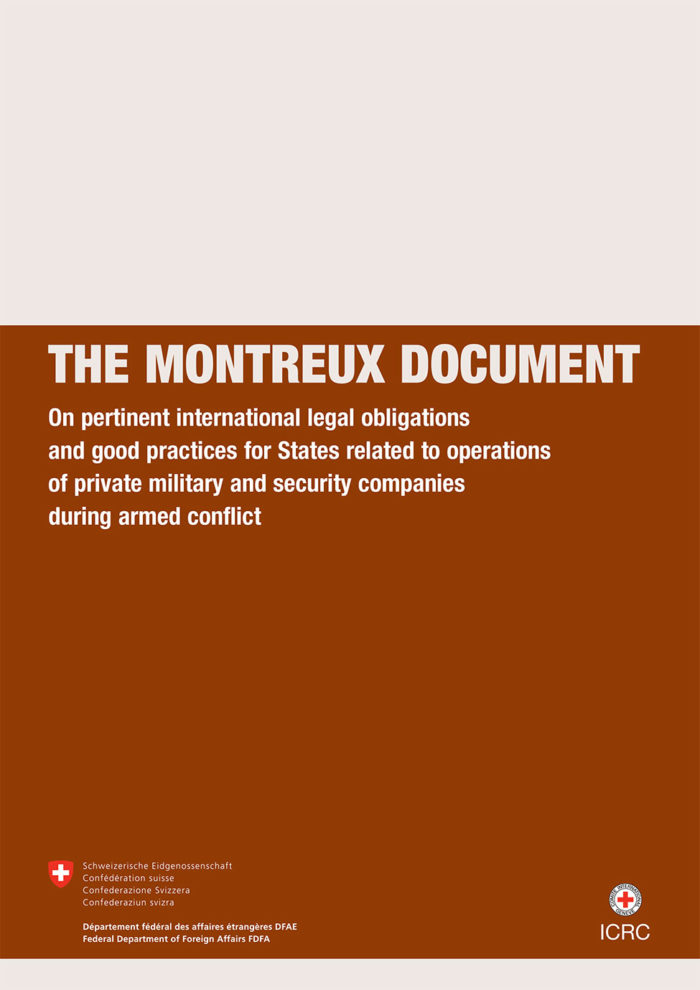 The Montreux Document is the result of an international process launched by the Government of Switzerland and the ICRC. It is an intergovernmental document intended to promote respect for international humanitarian law and human rights law whenever private military and security companies are present in armed conflicts. It is not legally binding as such but, rather, contains a compilation of relevant international legal obligations and good practices. The Montreux Document was finalized by consensus on 17 September 2008 by 17 States, and the number of participating States is growing steadily. The brochure comprises the Montreux Document, as well as useful explanatory comments.