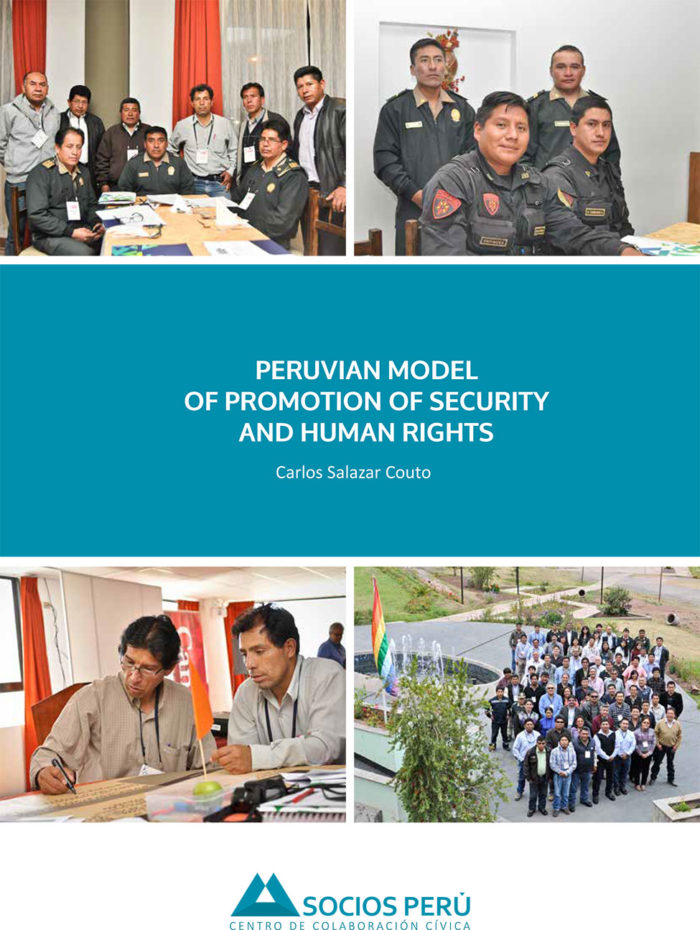 This report is divided into five chapters. The first describes the context of the country in 2010, the importance of the Voluntary Principles in this context, the creation of the Working Group and the direction followed for the systematization of this experience. Chapter two presents the dynamics of the Working Groups operations since its creation, the idea and the initial contacts, the launch of the VP-WG, its composition, its operating structure, its decision making process, the meetings and debated topics, the way commitments are made, and its financing. The third chapter includes training activities, promotion campaigns, lobbying and research among others. The chapter shows the results of the VP-WG presenting some figures and examples of the Working Group’s impact on its members and other related actors, making reference to the studies made and sharing the views of its members and other stakeholders. At the end of the chapter is a collection of lessons learned in the process. The fifth chapter highlights the challenges and future perspectives for the Working Group through the opinion of its members, other actors and the author.