Members of the Voluntary Principles Initiative meet in London 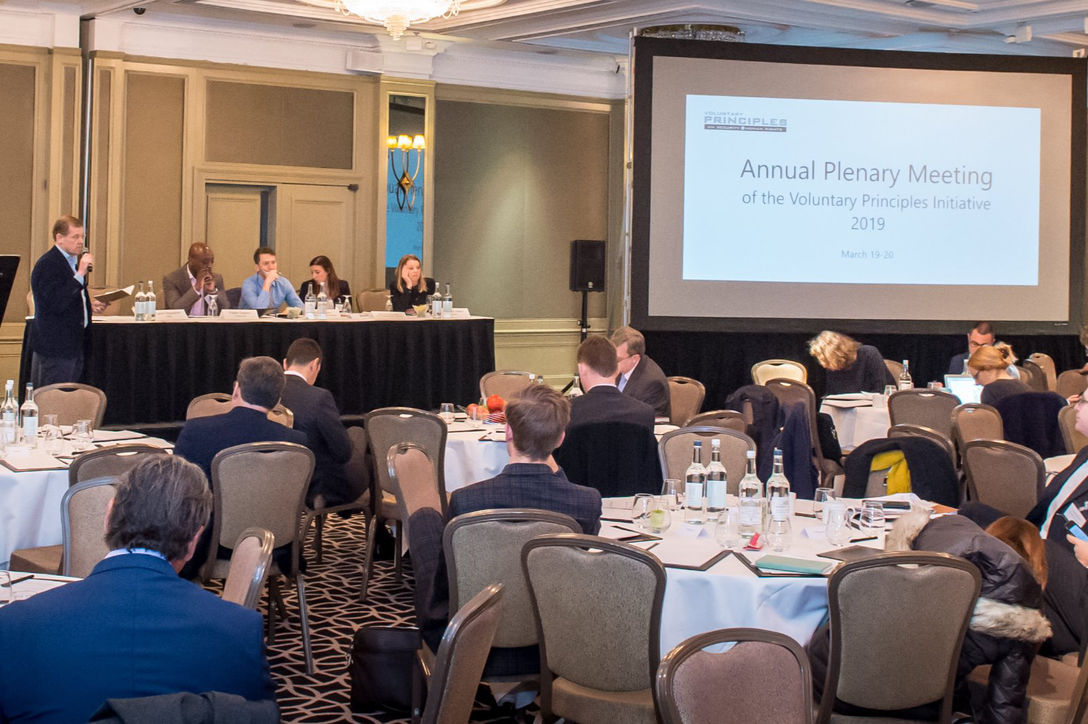 On March 19 and 20 2019, 120 members of the Voluntary Principles Initiative (VPI) gathered in London, for the Annual Plenary Meeting. The event was an opportunity for participants to learn, share best practices, and conduct forward planning for the VPI. Members also elected the Steering Committee and made governance decisions during the meeting.

Members of all three pillars — Government, Corporate, NGO — and observers attended the annual event to engage in dialogue with other participants. Members presented on the activities undertaken by their institutions to promote and implement the Voluntary Principles on Security and Human Rights (VPs).

The Annual Plenary was hosted by the Government of the United Kingdom as Government Chair for the period of 2018-2019. During the opening ceremony the Foreign and Commonwealth Office Minister of State for the Commonwealth and the United Nations, Lord (Tariq) Ahmad of Wimbledon, spoke about the importance of the VPs. “Today these Principles are more important than ever. They offer reassurance that the security teams working with our members will behave responsibly, to an agreed set of standards, and will not provoke or foment conflict”. He went on to say “They tell the world that our members are confident about our standards and practices, that we are open to frank and honest scrutiny, and that we believe human rights are everyone’s responsibility.” The UK chair over the last year has overseen an increase in membership of the VPI, the appointment of a new permanent Secretariat and the implementation of the Voluntary Principles advanced, including in Burma, Ghana, Nigeria, and Peru.

The members of the VPI were represented in the plenary by thirty companies, nine governments, eleven NGOs and ten Observer institutions from North and South America, Europe, Africa, Asia, and Oceania. The panels included discussions on preventing violence against human rights defenders, preventing sexual violence by security personnel, new tools and guidelines for members, and how to improve risk analysis and assessment. Participants also shared their experiences and best practices implementing the VPs in a wide variety of environments.

The Government of Switzerland took the role of Government Chair for the next year. Ambassador Heidi Grau emphasised the importance of the congregation of the three pillars to protect human rights.

Created in 2000, the VPI includes participants from three pillars — Government, Corporate, and NGOs, who agree to proactively implement or assist in the implementation of the Voluntary Principles. Learn more about the initiative here.