Analysis: UK Court of Appeals Holds Company Not Liable for Acts of the Police or Following the VPs 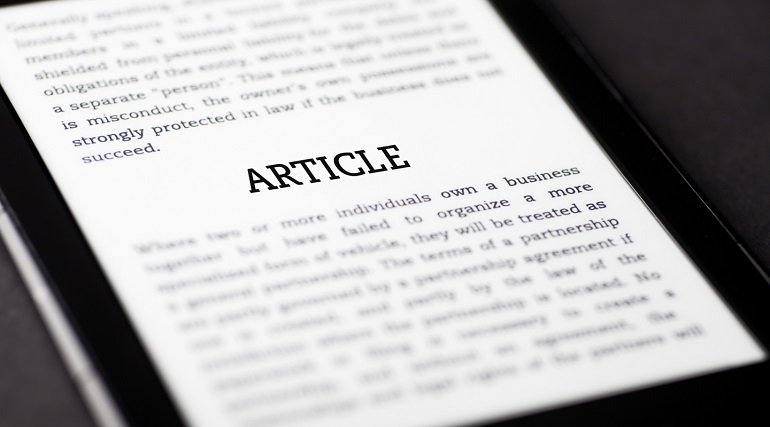 For many years, legal claims have been filed against companies for alleged human rights violations based on the actions of state security personnel.  Numerous lawsuits also have cited voluntary commitments openly undertaken by companies, such as the Voluntary Principles on Security and Human Rights (“VPs”), in alleging that the companies owed and breached a standard of care to injured third parties.  The Court of Appeal of England and Wales considered both issues in Kadie Kalma & ors v African Minerals Ltd & ors [2020] EWCA Civ 144, issuing a decision that should give comfort to businesses who transparently commit to the VPs and who are compelled to rely on public security providers.

Violence at the Tonkolili Deposit

African Minerals Ltd. (“AML”) is a UK headquartered mining company that owns an iron ore deposit in a remote area of Sierra Leone.  As is generally true, the company relied on the police to protect their operations.

In 2010 and 2012, there were two major outbreaks of violence at the site, necessitating a police response.  The police made several arrests, using AML’s camp as a holding location and AML vehicles.  AML then assisted the police in establishing a permanent police post near the mine.  AML also provided the police with vehicles, since the police had no other transport ability.  Violence continued in the area, and AML requested additional police personnel, providing a support payment to the police to defray the additional expenses, and assisted with their accommodations.  The police allegedly used excessive force against protestors, exhibiting a lack of discipline and coordination, and inflicted violence on a variety of local community members.  A group action was filed in the UK by 142 of the alleged victims.  After the High Court rejected those claims, the plaintiffs appealed.

In support of their appeal, the claimants relied on two primary legal theories, seeking to attribute the acts of the police to AML on the grounds (1) that AML and the police had a “common design,” and (2) that AML owed the claimants a “standard of care.”  The court of appeal rejected both theories.

In support of their common design claim, the claimants argued that AML “instigated, directed, counselled or procured” the abuses by the police, and the monetary, vehicular and accommodation support suggested an intention by AML to quash any protests “if need by the use of excessive force.”  The court found no evidence to suggest that AML encouraged the abuses or intended that they occur.  It also found that the support was not tantamount to any encouragement of abuse.  Instead, the court concluded that because the police were substantially underresourced, AML was compelled to provide support for the protection of mine personnel and property.  To the extent that an intention could be inferred, it was “much more likely” that AML intended to assist the police in keeping the peace and exercising their duties to their employees.

Although the court accepted that it might have been foreseeable that the police would use excessive force in connection with the 2012 incidents, that in itself did not create a common design.  The court held, “Just like anyone else who calls on the assistance of the police, [AML was] entitled to seek their protection.”  As the court explained, someone “who calls on the services of the police to restore law and order cannot be liable in tort for the actions of the police simply because it is foreseeable that the police might use excessive force to achieve that result.”

The court likewise refused to accept the claimant’s argument that AML negligently breached a duty of care to the claimants by failing to take adequate steps to prevent the police from harming them.  The court ruled that AML did not create the relevant danger by seeking police assistance or providing them with support; the police created the danger with their improper conduct.  Further, while the harms may have been foreseeable, there was no “proximity” to the claimants:  the class of people who resided near the mine was not a “clearly identifiable” group, and the police were operationally independent.  Nor would it be fair to impose a duty of care, since AML was not involved in, and did not encourage or incite, the improper acts of the police.

The court of appeal also rejected the claimants’ argument that the VPs, which AML cited in its security policy, created any standard of care.  As the trial court had correctly noted, the VPs have long been “the widely accepted global standard for mining companies operating in countries where the rule of law was weak went unchallenged.”   The trial court had also concluded that, if a duty of care had existed, AML would have breached it for failing to follow the “recognised minimum standards” in the VPs.  More specifically, as referenced in the VPs, the trial court believed that AML should have carried out a security and human rights risk assessment, instituted a crisis management plan, engaged more the police around excessive force, and taken further steps to reduce the risk of public security abuse.

The court of appeal did not accept that analysis.  After quoting extensively from the VPs, the court held that the “standards are general in nature.” The court further held that “there is nothing in the Voluntary Principles which make companies operating abroad generally liable for the unlawful acts of the police forces of the host countries in which they are operating: on the contrary, the Voluntary Principles are drafted on the basis that, whilst companies operating abroad may properly help to facilitate the law and order expected to be provided by host countries, it is the governments of those countries (and not the companies) who have ‘the primary responsibility to promote and protect human rights.’” (quoting the VPs)

The Kalma judgment is significant for several reasons.  First, it distinguishes between providing assistance to a party that foreseeably commits an intentionally wrongful act, and intending that the harm will occur.  As applied to public security providers, Kalma logically recognized that when a company provides support to the police and asks for their assistance in addressing elevated security risks, it does not necessarily mean the company intends that the police will use excessive force.  That remains true even when the police have a negative human rights history or poor reputation.

Second, the court confirmed that companies generally do not owe a standard of care to third parties.  For corporate business and human rights programs, the court helpfully clarified that (1) merely providing support to a police force with a history of violence does not in itself create an enhanced danger, and (2) the VPs do not create a standard of care or suggest that companies are liable for the wrongful acts of public security.  Both are useful for companies operating in challenging environments.

Notably, in conducting its standard of care analysis, the court took an approach different from the recent UK Supreme Court in Vedanta Resources PLC and another v Lung owe and others [2019] UKSC 20.  There, the Supreme Court considered whether English parent companies maintained a duty of care to third parties for the acts of their foreign subsidiaries.  The court ruled that a duty of care can be created when a company has the ability to exercise control over an affiliate, and (a) exercises that authority over the issues in question through global policies, trainings, and other operational approaches, or (b) represents that it is exercising such authority.  In Kalma, although the court did not reference Vedanta and relied on a different line of authorities, it did cite the fact that the police were operationally independent, and were outside AML’s control.

Kalma also took a different approach from recent Canadian decisions regarding the VPs.  In Canada, courts have cited company statements regarding adherence to the VPs in finding a potential duty of care, noting the statements may create a certain expectation in the larger community.  See Choc v. Hudoba Minerals Inc., 2013 ONSC 1414.  In Kalma, while the company referenced the VPs in its security policy and not more broadly, the court’s analysis suggests the difference is immaterial.  The court concluded that the VPs are “general in nature,” suggesting that while they identify certain activities, they do not create a standard.  The court also noted that nothing in the VPs themselves make companies operating overseas “generally liable for the unlawful acts of police forces.”  Accordingly, for the hundreds of companies who follow the VPs, Kalma recognizes that mere VPs adherence does not create a standard of care to third parties, or allow for attribution to the company of public security actions.

Finally, it is important to note that the outcome differs from US courts that have considered transnational tort cases with different allegations and facts.  For instance, in Doe v. Exxon, 654 F.3d 11 (D.C. Cir. 2011), the plaintiffs alleged liability under a similar scenario.  Specifically, they claimed the company could be liable for the acts of a foreign military because the company was aware of past incidents, abuses were committed by a unit to protect the company’s facility, and the company provided logistical and material support to the unit.  While under Kalma that likely would not have been adequate, the Doe plaintiffs also alleged – and the court accepted as true for purposes of a motion to dismiss, as it must – that the company exercised substantial control over the Indonesian military, planned and authorized the deployment of military personnel, and that the support provided by the company was used to commit human rights abuses.  See Doe v. Exxon, Civil No. 01-1357 (RCL) (July 6, 2015).  That was sufficient to survive the defendant’s motion to dismiss.  Accordingly, while the alleged foreseeability of abuses existed in both cases, the question of control of the foreign military, merely requesting assistance versus planning deployments, and whether support provided is used in connection with the abuses seem to be key distinguishing factors.  As is apparent, the outcome in Kalma is fact dependent, and when those facts change, the liability calculus also may change.

Jonathan Drimmer is a Strategic Advisor to the Secretariat of the Voluntary Principles Initiative and a partner at the law firm of Paul Hastings based in Washington, D.C.

This article contains the author’s opinion and does not necessarily reflect the views of the Voluntary Principles Initiative. The information presented is for informational purposes and does not provide legal advice.